Madness? – well not quite.

It has been a relatively quiet month so far, with very mixed weather, albeit with very little, if any rain, but it has been either really warm, or really cold.

Today [27th] was no exception – bloomin’ freezing, although 2 Little Ringed Plovers made up for that – my first of the year!

There have been a good number of Curlews in the south Derbyshire area, with numbers over 60 at one time.  Curlews are always a lovely bird to encounter – their evocative call – “curleeeee  curleeee….” – great stuff. 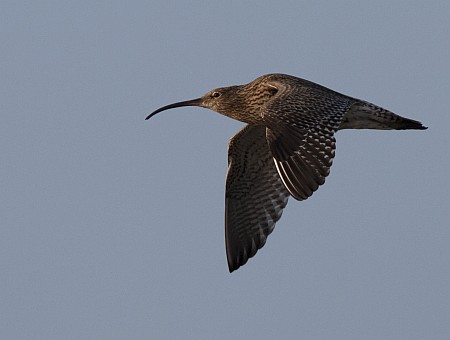 This group dropped in on one of the lovely sunny evenings we had. 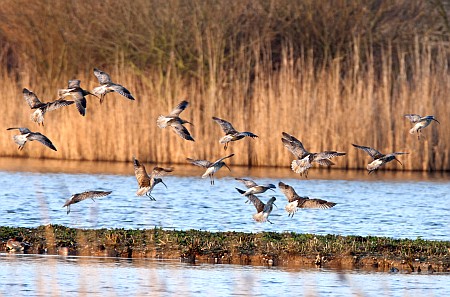 There are 3 Little Egrets at Willington DWT at the moment – which is a really good number for a site in Derbyshire. How long before they settle down and breed in the county?  Here they are, with a friend. 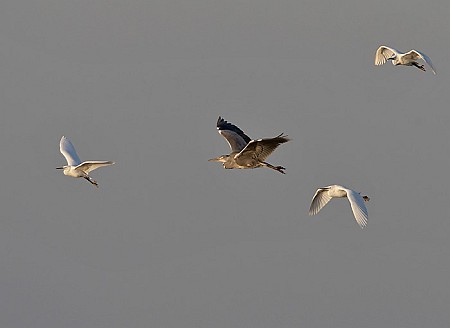 A Black-tailed Godwit dropped into Willington on the 12th March. 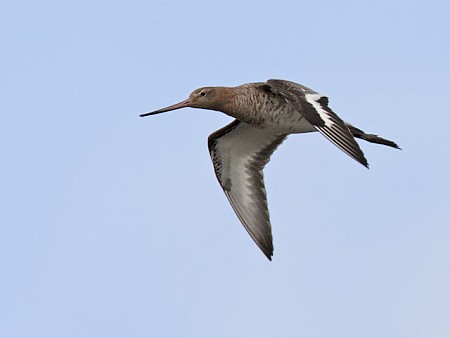 Usually found in small numbers or singles in Derbyshire,  an amazing 45 of them dropped in last August [04/08/2010] and they were in full summer plumage.

There is a healthy population of Mute Swans in the area and at this time of year they get very aggressive, especially if courting potential mates. 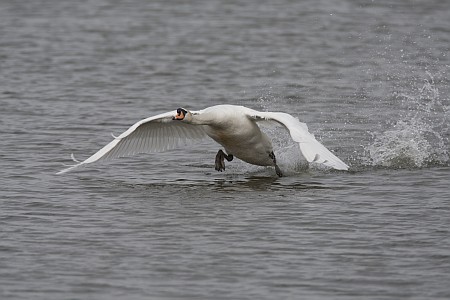 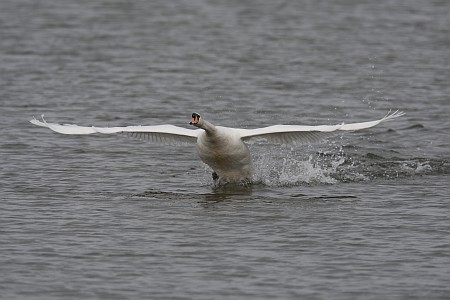 By 12th March, Dunnocks were in full song. although called a Hedge Sparrow, these birds are in fact Accentors, or more precisely Hedge Accentor – the bills are much more delicate than Sparrows. Try as I may, I could not get him to move from behind that twig! 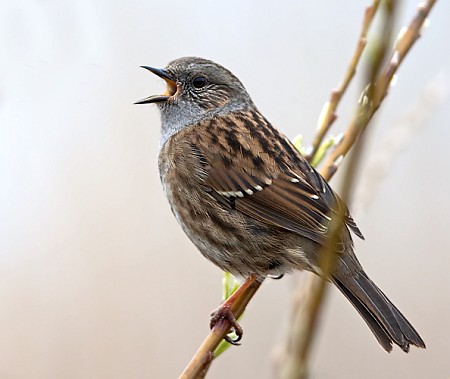 Always noisy at any time of the year are Canada Geese (Branta canadensis). There are over 1300 birds in the Trent Valley and there are regularly over 60 of them at Willington. They are noisy, but they are also sometimes a problem, both for farmers and for bird reserves, where their aggression can put off breeding birds.

A trip to Willington on the 13th held a pleasant surprise – two Great Crested Grebes in a Weed Dance. 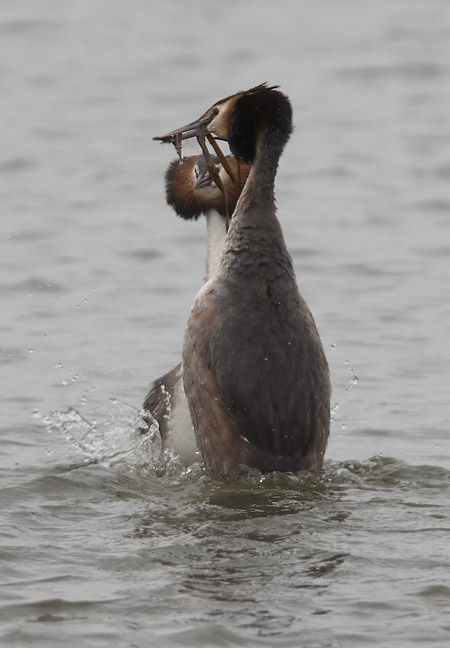 For whatever reason this year, the Coots are really aggressive and continually fight. Last year it was the Great Crested Grebes, but the Coots seems to hold all the angst.

This fight went on for ages and involved up to six birds. Presumably it was males fighting over a female. 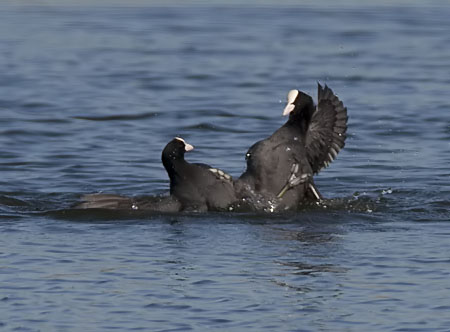 It’s at this time of year that birds start to think about nest building. This Blue Tit was investigating the swollen Reed Mace for nesting material.

A bit of patience pays off with a Blue tit posing on a Willow stalk. 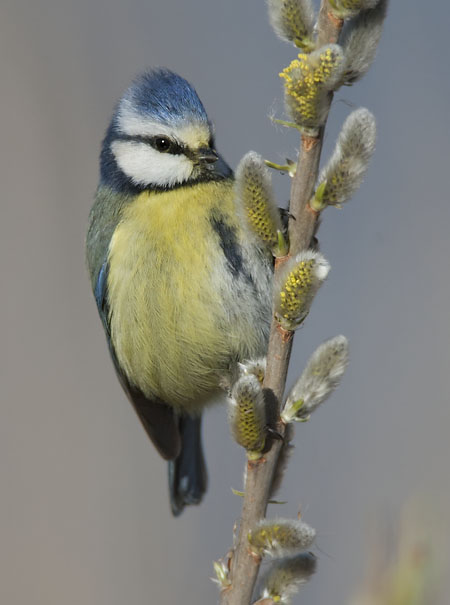 The Black-headed Gull colony is well under way again and the usual rituals are being played out, along with a considerable amount of aggressive behaviour.

The Greylag Geese have settled here in some numbers this year – up to 8 have been recorded. Not many you might think, but last year if two strayed onto the reserve, the Canada Geese were up at them straightaway. Maybe the Canada’s are those from Swarkestone Bridge, where they regularly mix with the Greylag population. 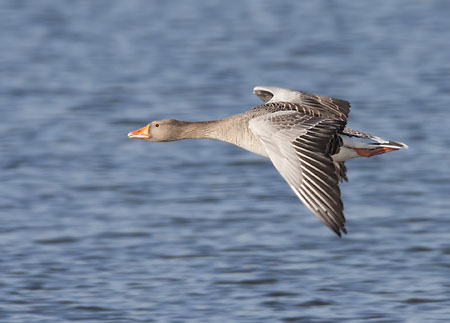 Occasionally Herring Gulls wander in and loaf on the gravel pit. This young bird spent a whole morning catching and eating mussels from the shoreline, flying up and dropping them to break on the gravels. 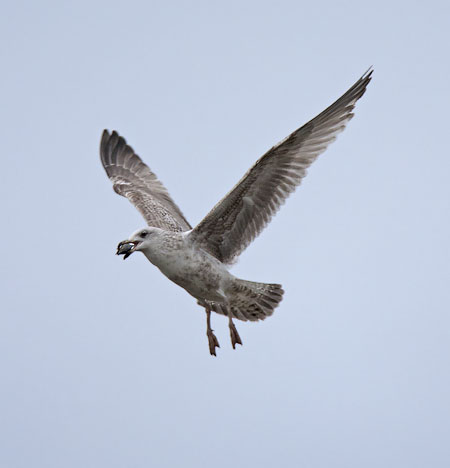 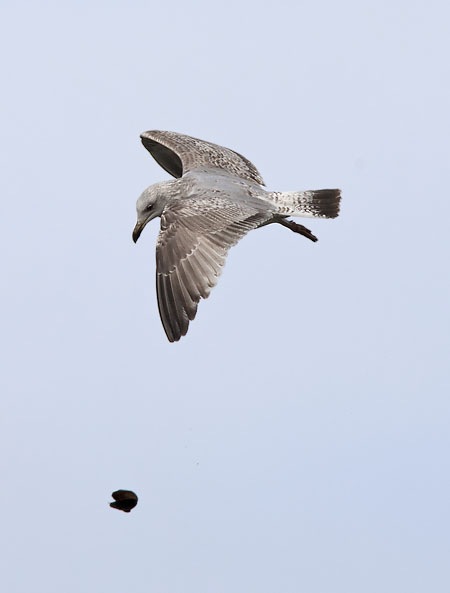 Dark coloured birds are difficult to photograph at the best of times. This Carrion Crow cruised past the platform. 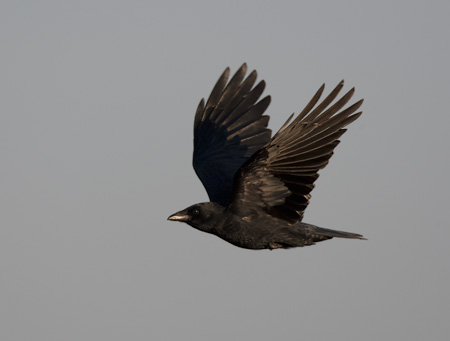 I never tire of photographing Swans. This Mute Swan was angrily chasing off another male from the area.

Earlier on it was full steam ahead! 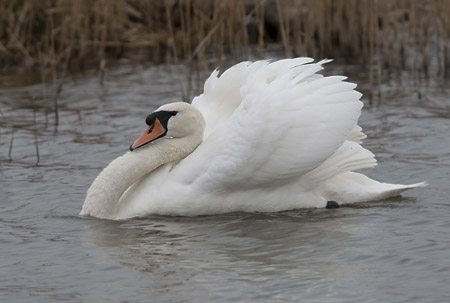 A Grey Heron dropping into the reedbed. 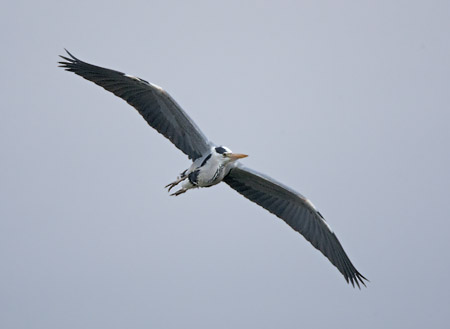 On almost the last evening of March, this still-in-winter-plumage Dunlin flew in for 3 minutes, then flew out again, going north.

A relatively quiet March, with dry but mostly dull weather [when I was trying to take pictures anyway!]. No surprises, but April is only just round the corner!