A short posting this month. From a birding point of view May started off not too bad, but the month itself was cut short by the untimely death of my father Ken Pittam.  An inspiration to me – wholly responsible for all my birding and photographic interests and no mean photographer himself, even at the age of 86 – I will miss him terribly.

Onwards though – the world continues to spin and life goes on.

Here is a short report on the month's outings and spots – just enjoy the images.

An outing to my local reserve at Willington DWT early morning on the 1st, saw lots of activity, as usual. A 6.30am fly-by of a Turnstone, was a welcome sighting. A shot, albeit distant, of this fast flying wader, was just posible. 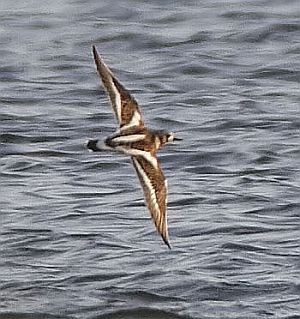 There was a fair bit of aerial activity – Mute Swans protecting territory, Oystercatchers protecting nests and a reluctant female Redshank, oblivious to the advances of a male. 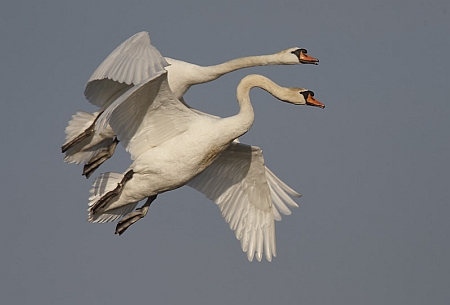 Sadly for the pair of Oystercatchers, they were not able to keep their fledgling from being predated.

Always a great bird to see, Swifts, as they cruise through the air, just above your head! 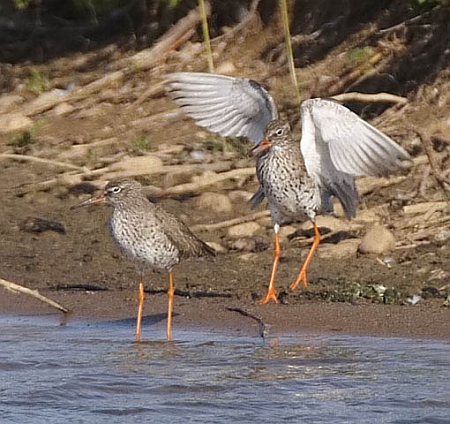 Also on this day was a terrific sighting of a Nightingale at Ambaston. Sadly due to the high winds, I was not able to get a photograph, but I did manage a recording from my phone.

The next 4 days were spent camping in north Norfolk.  Again high winds prevailed from the east, making photography and birdwatching very difficult. there were some highlights though, not least a sighting of a travelling White-tailed Eagle, over Choseley Barns [not photographed unfortunately]. 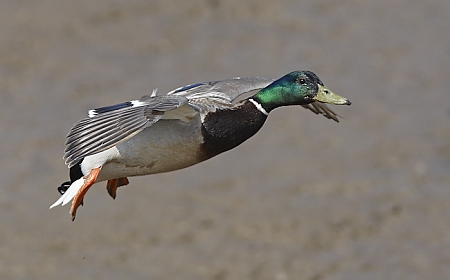 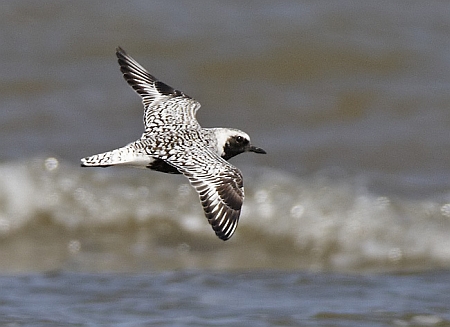 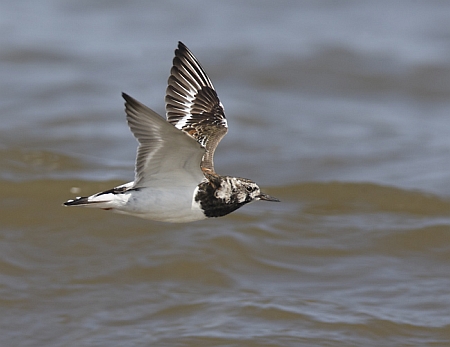 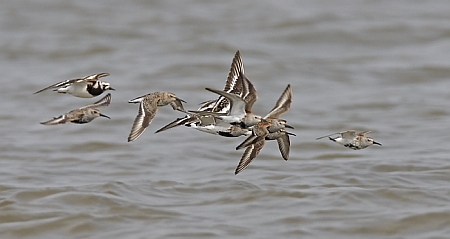 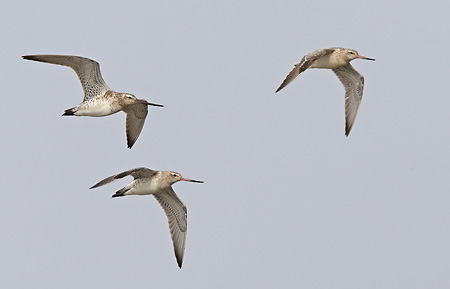 A beautiful Oystercatcher cruises past me. 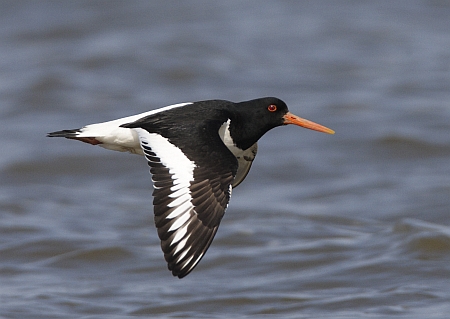 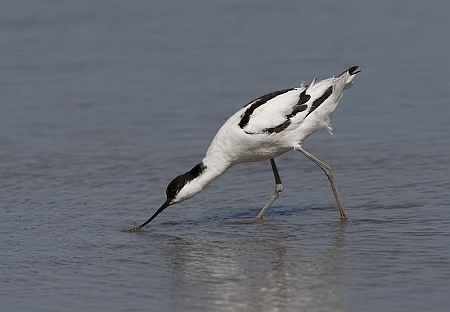 On the way back we stopped off at Lakenheath Fen, to try for a Golden Oriole [no luck] and to see some Hobbies. There were over 25 Hobbies present, although the light was less than kind for flight shots – high hazy sun with a dazzling predominantly white sky. Although they were always high up, I managed one or two half-decent shots. 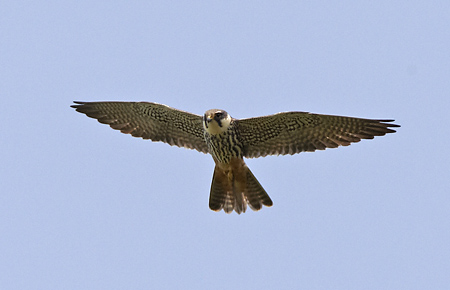 Back to the Willington reserve on the 8th, for some Mute Swan flight action. 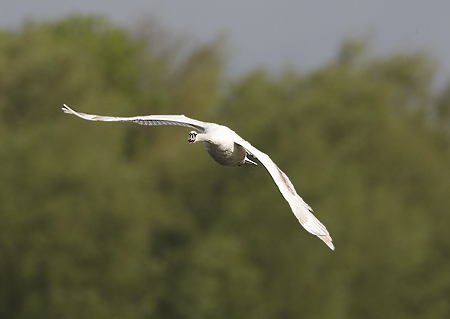 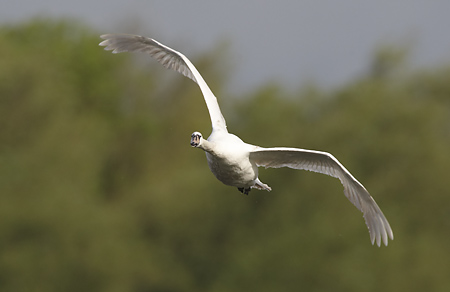 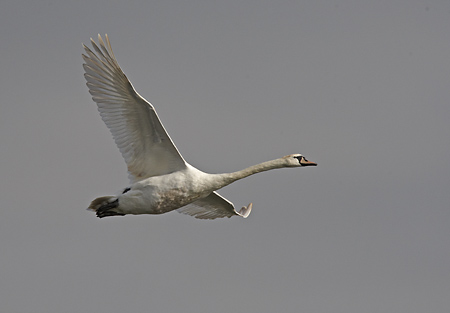 A very distant Grey Plover flying through was a lovely surprise. Again only a record shot, but sometimes that's all you can get in the moment you're allowed. Remember these birds are not at all common in Derbyshire – we are, after all, over 120 miles to the nearest sea coast! 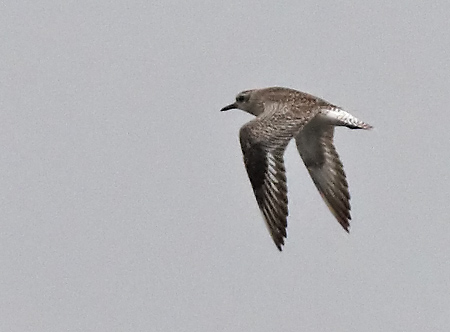 Locally at Willington the Hobbies have arrived back and this one flew past at speed. 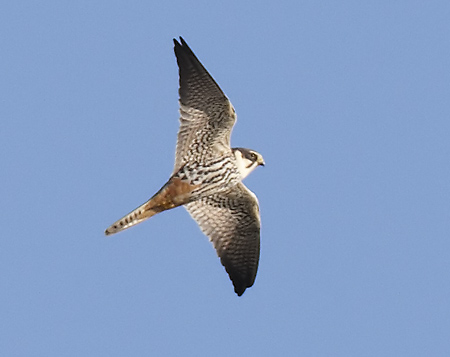 The Black-headed Gulls have not nested here at Willington this year – caused I think by the unusually high water levels, despite the lack of rain. The adjacent operational quarry workings are pumping water into the reserve, causing this anomalous rise in levels. 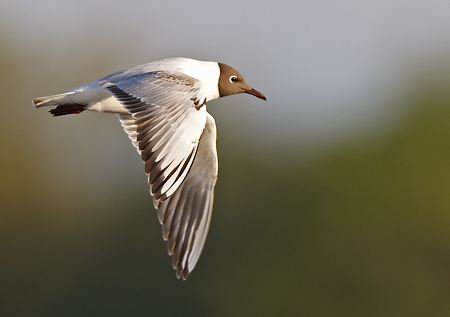 Despite the breeding period being well under way, the belligerent Coot population at Willington continue to fight almost every time I visit them. 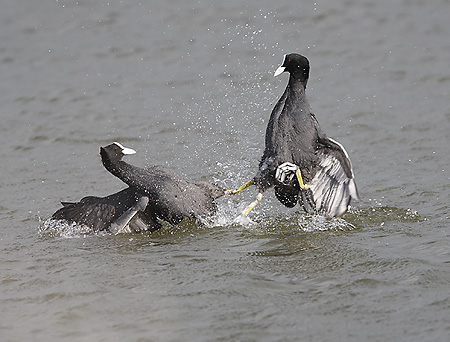 See you in June.