This project has me tracking Ospreys down from Derbyshire to Oregon. What spectacular birds Ospreys are. What a fantastic migration journey they endure; in the Western Palearctic, they winter down in sub-Sahara in Senegal and The Gambia, only to return north in early Spring to breed.  In North America they breed from Northern Canada and Alaska, down to Florida. In Winter they can be found in the southern United States and as far south as Argentina. Worldwide the Osprey is essentially a single species, with 4 sub-species identified – Eurasian, North America, Carribean and Australasian. 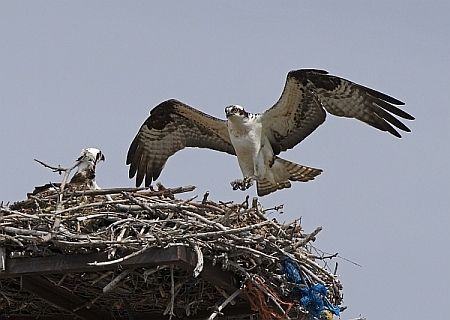 Fish makes up the majority of the Osprey’s diet, hence it being nicknamed the Sea Hawk. The Osprey is particularly adapted to this fishy diet, with reversible outer toes, sharp spicules on the underside of the toes, closeable nostrils, and scales on the talons which act as barbs to help hold its catch. 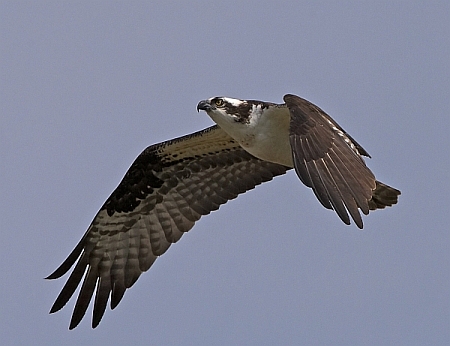 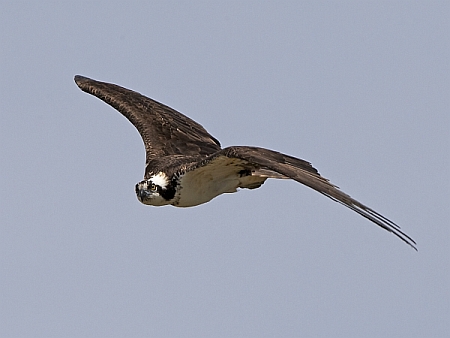 They have a fantastic method of fishing for prey. The prey is first sighted when the Osprey is between 8 and 35 metres above the water. The bird then hovers for a few moments, 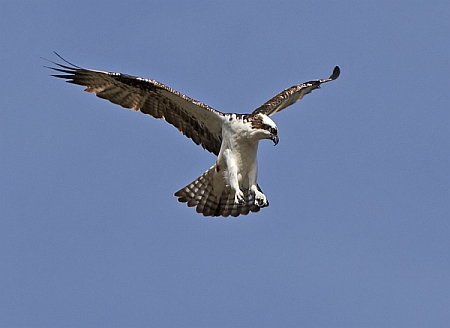 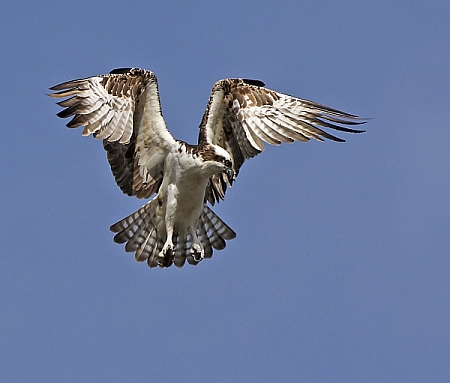 then plunges feet first into the water at great speed. 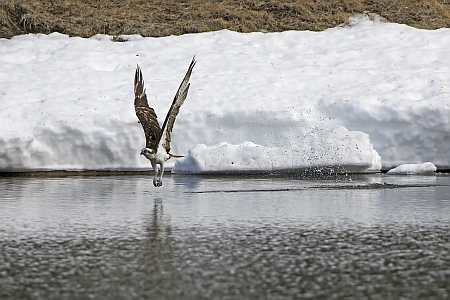 This is where my Osprey project stalls. I have yet to capture a decent image of a bird with a fish, following a catch. All the times I have spent watching them they have either missed the fish, or caught one out-of-range of the camera.

This project has some way to go yet, so keep looking on the Blog for an update and fingers crossed……….