Arriving at the Canal Scrape, there were surprisingly few birders – had the weather put them off seeing a Derbyshire first? Instantly there were faces I recognised, “dedicated” birders and wet they were too,  some frantically trying to contact other birders on busy mobiles.

And there it was, preening itself on the water’s edge – a juvenile, with an enormous spatulate orangey-coloured bill.

But it was so far away, there was not enough light to digiscope – even if I had brought that gear along, which I had not.  There was no choice – stick the 300 on, add a 1.4x tele and add a 2x tele and hope for the best.

A very large but beautiful bird the Spoonbill. For all its large bill, it was very delicate – sifting gently in the mud, in between bouts of preening its wet feathers. It had probably been driven down to the ground by the bad weather momentarily.

It was constantly harassed by annoyed Black-headed Gulls, but then again they harass everything that comes within 10 feet of them! From here the orangey-coloured bill could be easily seen and if you look closely some black to the edges of its flight feathers.

A bird found across Britain on migration, breeding mainly off the Dutch coast. However this year reported as breeding at Holkham Dunes, Norfolk, where a flight of at least 10 were seen.

The weather picked up, the rain stopped and within a hour of its arrival, it took flight, away from us at first, then coming round and over us, as if to thanks us for our hospitality. 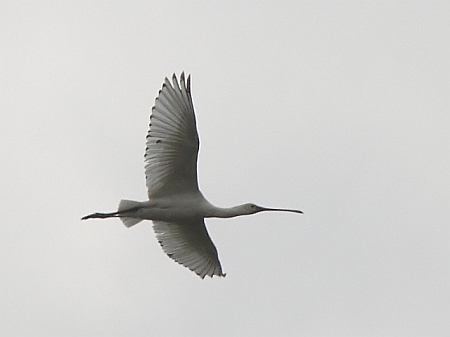 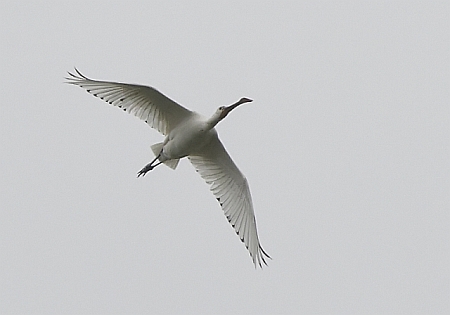 If you look you can clearly now see the black edges to the flight feathers, showing it as a juvenile bird. 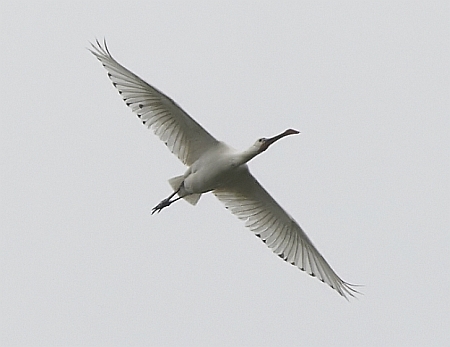 I’m sure it will not be too long before a Spoonbill graces us with it’s presence again at Willington.

Local birder and artist Keith Walker, painted this wonderful image of the Spoonbill, after seeing it. 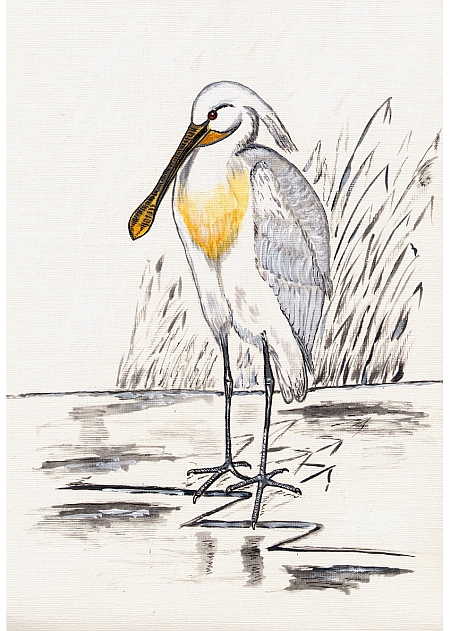 If you want to acquire one of Keith’s works, or if you want to commission him to paint one of your own sightings, please contact me via this Blog and I will put you in touch with Keith.