February – nearly always cold – remnants of winter and a reminder that we’re not out of the winter woods just yet. Last year I was spoilt – a week away in Florida – this year, not so 🙁

The weather in February is s much a part of the month, as anything – the birds are sometimes scarce and if the weather’s bad, then you’re stuck inside. This winter has been cold, but not as cold as 2010/11, which saw consistently low temperatures, well below freezing. As a result, lots of Waxwings, Redwings and Fieldfare. This year, a smattering of Waxwings nationally, fair flocks of Fieldfare, but not as many Redwing as I remember in past years.

Out to my local patch Willingon, DWT, some residents going about their business. 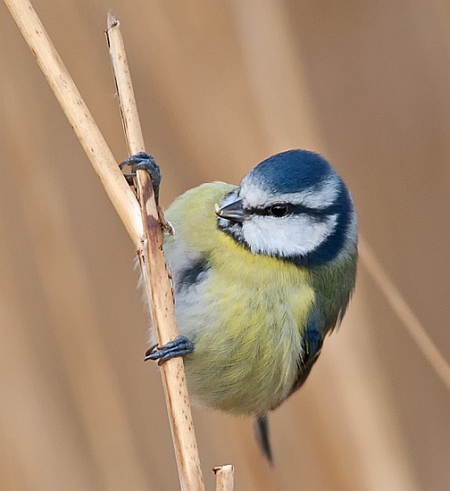 This Blue Tit stripping the reed stems for some food. 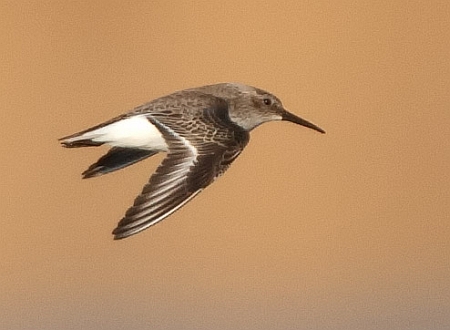 A Dunlin whizzes by.

Now for years I’ve been trying to get a good flight shot of a Snipe – plenty of bad ones and plenty of shots of them pottering around on the ground, or sitting staring into space. This morning was a chance encounter – a strong wind and a bright day. The wind was almost too strong to photograph because of vibrations, but these two Snipe shot out of the reed bed in front of me and had to battle against the headwind, slowing them down a bit. I stress, only slowing them  down a bit – they were still motoring! I only managed to get one clean and in focus, but I was pleased with the result. 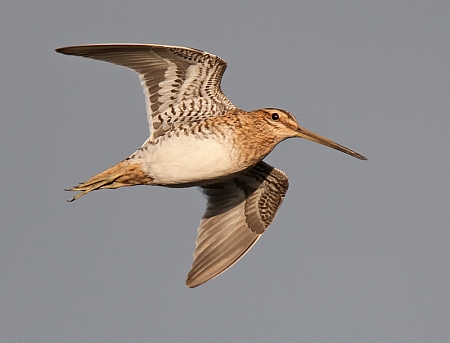 The next morning, it was freezing and almost the whole pit was frozen over. This pair of Mute Swans were in fact, frozen into the ice. Such is their resilience and their adaptation to their surroundings, that they waited for a bit of sunshine, then loosened the ice with their wings, then stirred the ice to break it up with their feet, then helped each other out of the water, onto the ice. All this in 10 minutes flat. 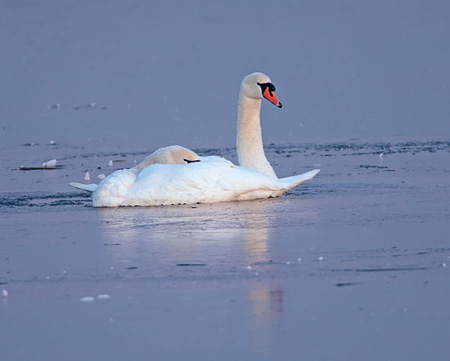 These frosty Lapwings were frozen onto the ice and were roused to wake up by a lovely colourful morning sunrise. 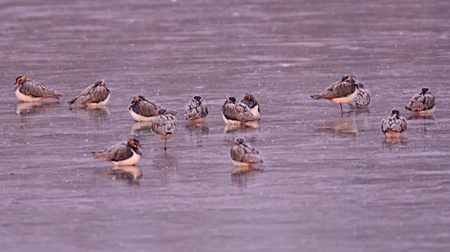 Here they are half an hour later, just starting to move around a bit, but still very frosty. 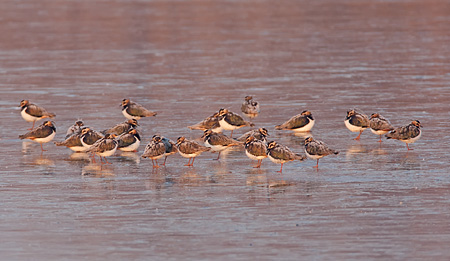 Here’s one of the Swans, stretching their wings after a cold night. 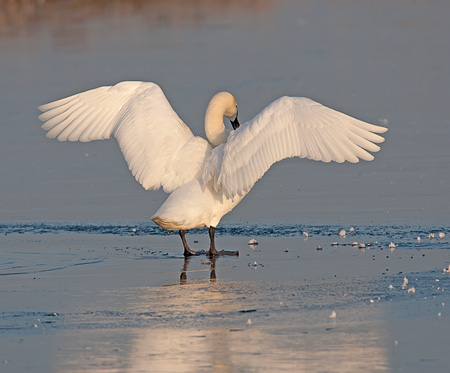 Out onto the ice. 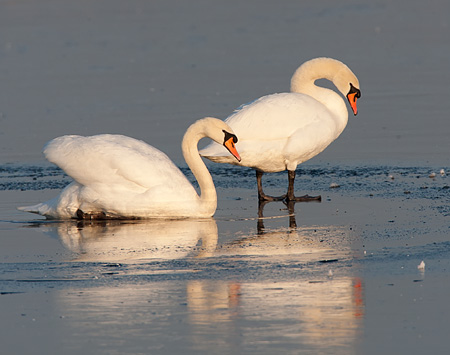 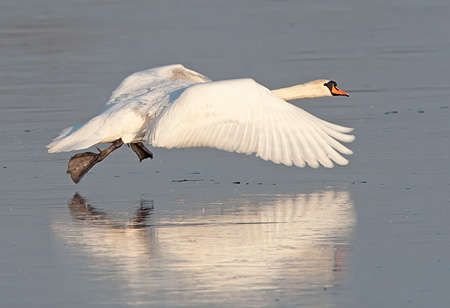 Not birds, but an interesting sight anyway, especially on the ice. There is a good population of foxes at Willington – good for the foxes, not so good for the breeding waders and ducks though.

With all of Willington DWT frozen up, there was a chance to go to nearby Leicestershire, for some Short-eared Owls. They had been very scarce this year in Derbyshire, with only a few sightings locally and the usual odd ones at Leash Fen, in the far north of the County. These were at a National Forest site near Moira, called Hicks Lodge. There were supposed to be 4 of them and they were regularly out most afternoons/evenings. Fantastic birds SEO’s – here’s a selection – just enjoy them. 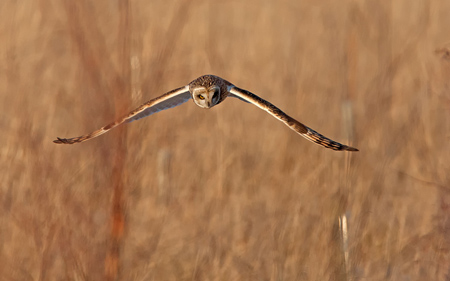 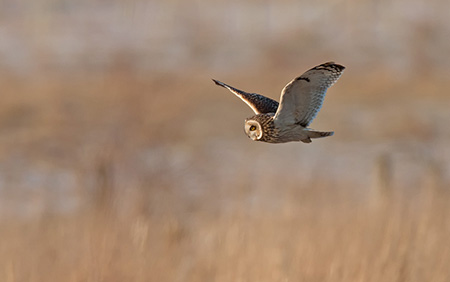 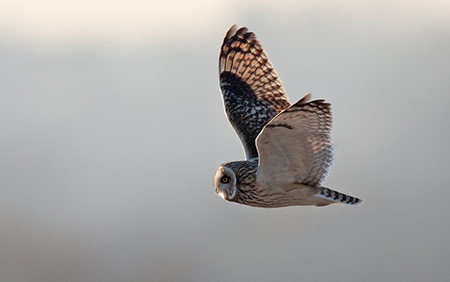 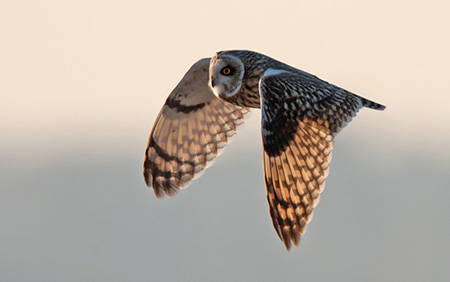 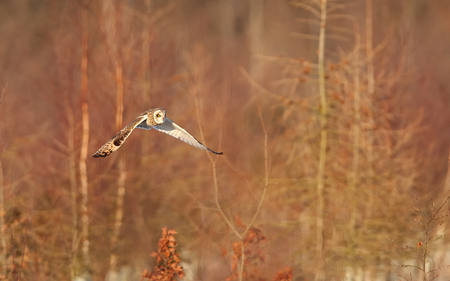 A nice surprise at Willington on the 18th – a “rare” Bittern – a record shot taken from the other side of the reserve, some 300 yards away. 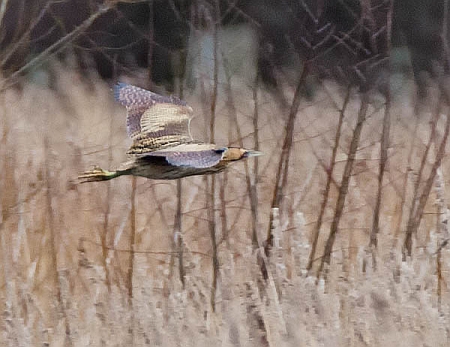 I only saw it briefly 3 times – mind you no-one else even saw it. 😉

There were some limited chances for flight shots towards the latter part of the month. Shoveler never disappoint with their formation flying.

The Cormorants were in full breeding plumage. There are good numbers visiting Willington everyday, although the biggest breeding colony is at Drakelow DWT. 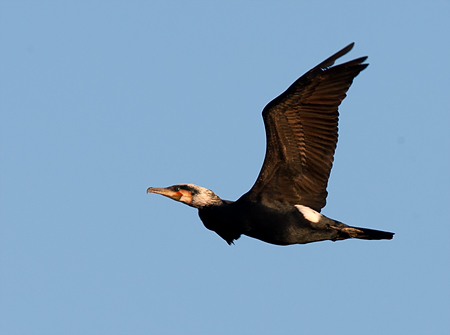 A surprise visit from a Black-tailed Godwit – a bit early in the year I must say, though. 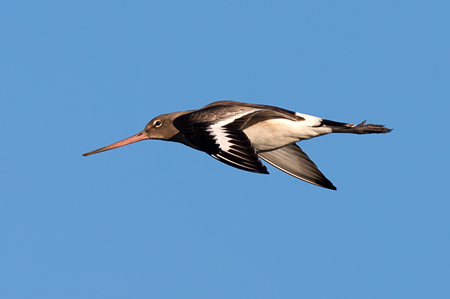 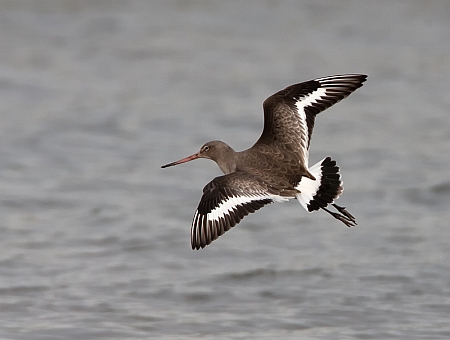 This one was beautifully marked for one in Winter plumage.

The Oystercatchers are back – all three of them. There’ll be some arguments this year! 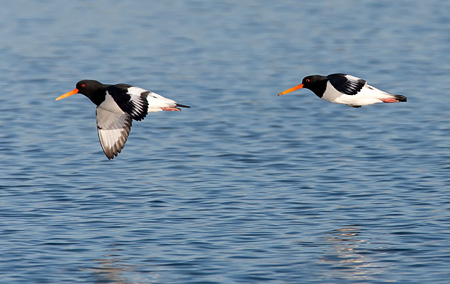 There was more courtship and breeding – this time a pair of Mute Swans. I had never seen this before, but it was quite beautiful. 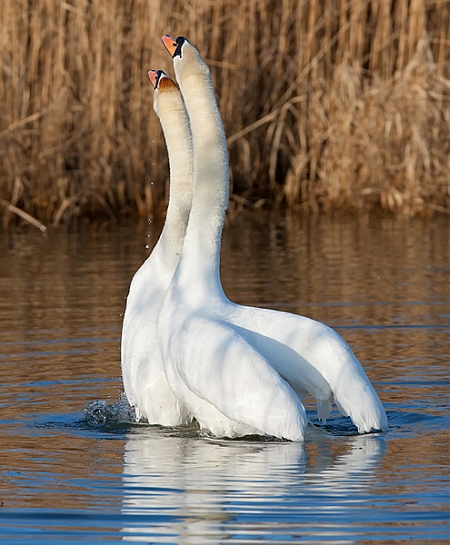 A few “Herring” Gulls added an element of identification challenges for some. 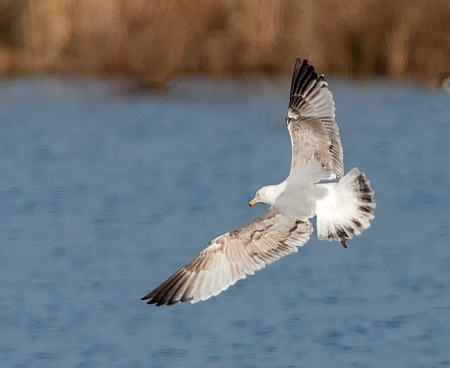 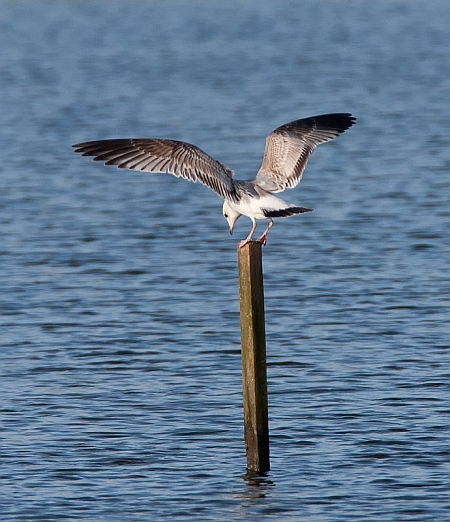 A distant Sparrowhawk rounded off a typically quiet February – a few highlights and some decent weather. 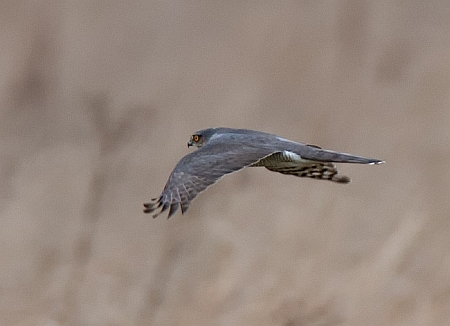 Here’s to a good March!