July is always an odd month. Schools finish, making your daily commute easier, but everywhere seems busier. It can be roasting hot and sunny, rainy, humid or cold – we had most of that in July.

Life at my local patch Willington DWT goes on as normal. Relatively quiet, with the regulars dropping in, namely Little Egrets and Common and Green Sandpipers. a large family of Common Terns remained – these I’m sure bred at the nearby Hilton Gravel Pits [also DWT] – the pair who tried to breed at Willington, failed. Common Terns, like most other Terns, are noisy and these 12-17 of them are no exception. The juveniles stand on the scrape area and squawk for food and the adults when catching a fish, instead of just taking it to their young, strangely parade it to the others.  Now this causes lots of squabbles as you can imagine. 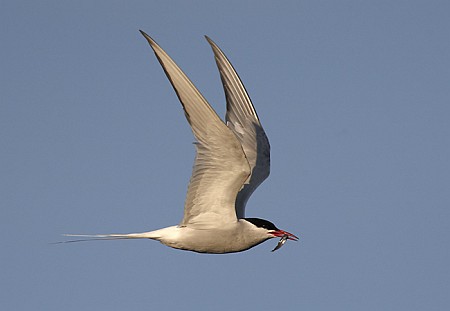 Not sure what the fish are – probably small Roach or Rudd maybe?

Beautiful flyers are Terns though and so acrobatic. There is a lot of flying tuition going on with adults and young. Every now and again the adults encourage their young to take to the air and fly around, occasionally showing them how to dive to catch fish – this is great fun to watch. 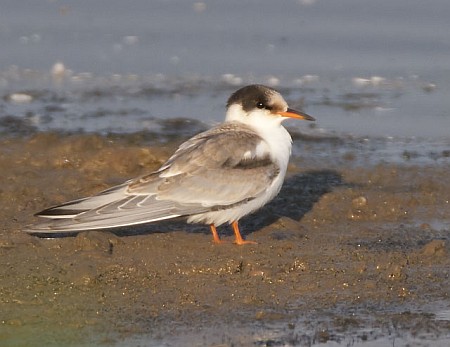 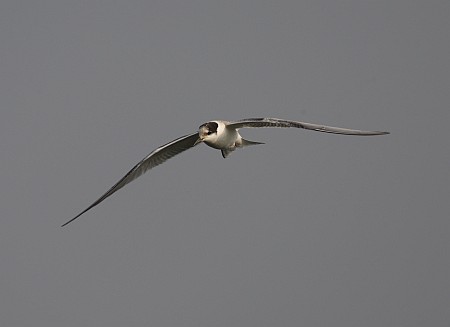 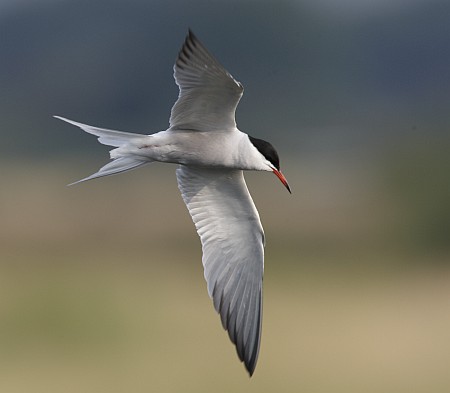 A surprise occurred mid-month, with the hatching of a young Cuckoo from a Reed Warbler nest. This ungainly bird, over twice the size of it’s foster-parent, squawked loudly from deep inside the hedgerow, constantly requiring food from it’s worn-out parents.  After they fed it each time, it would peck them on their rump as though to say “nice snack, now get me some real food!”. These are rarely seen and are difficult to photograph, but I managed some half-decent record shots. 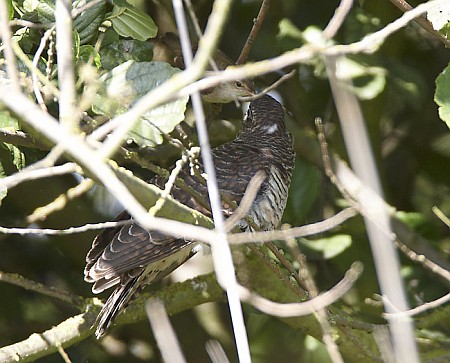 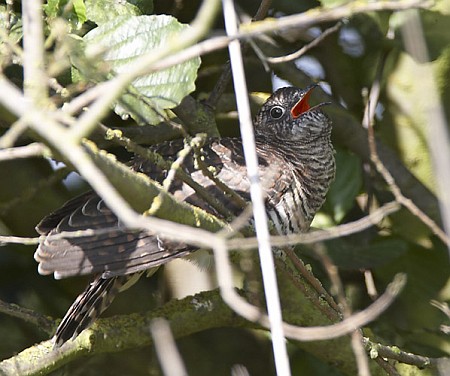 Mid-month the numbers of Little Egrets frequenting the reserve increased. This obviously caused friction, as they always landed where the juvenile Common Terns were being fed. 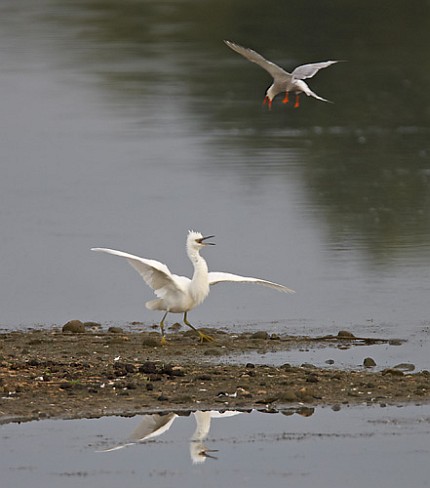 Another exciting event occurred – the first recorded Lapwing breeding successfully at the reserve. Three young were to be observed from platform 1,  as they wandered about under the watchful eye of their parents. 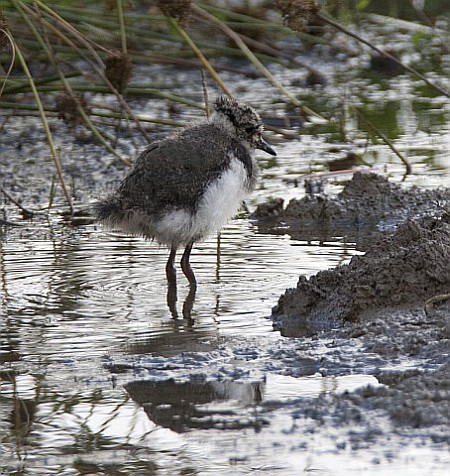 Away from Derbyshire, I was fortunate to go camping up in Northumberland, and get a full day, with good weather, on the Farne Islands – always used to be fun, this trip. This year was OK and yes, we saw thousands of Puffins and other seabirds, but boy was it busy! They call it the “Springwatch effect”. Everyone and his dog was their [well not the dogs, but you know what I mean]. I’ll say it again, it was sooo busy!

Lots of pics though, where I could squeeze in and take some shots, when not being obstructed by what seemed every photographer from Holland, who had come on our day-trip. Now, don’t be like that Richard, they are of course our friends from the continent – I know, but it was soo busy!

You can never get enough pictures of Puffins and sea birds though – enjoy! 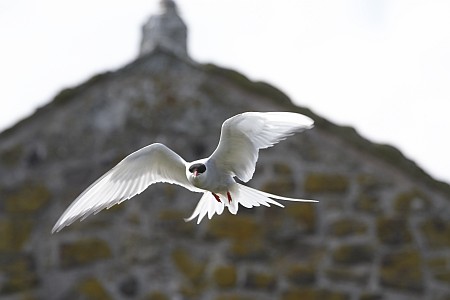 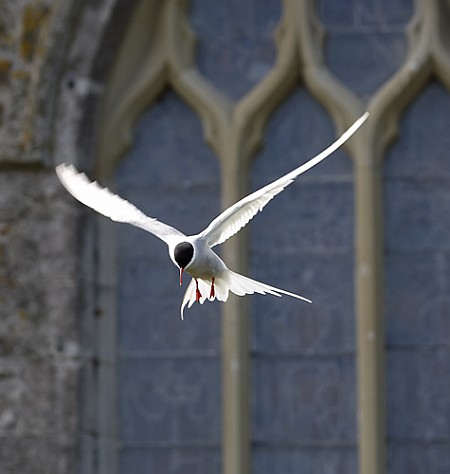 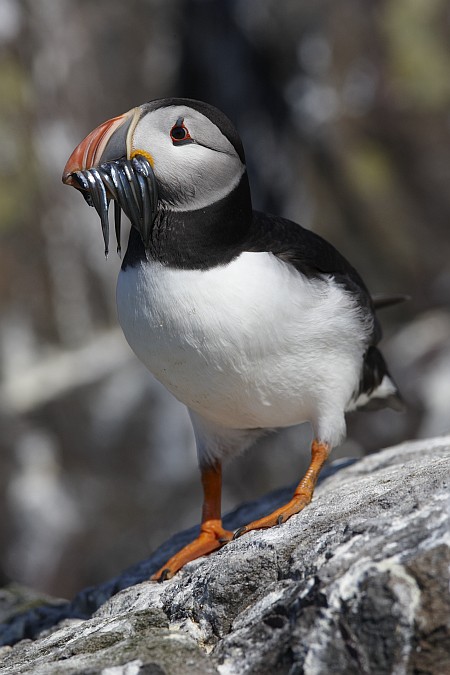 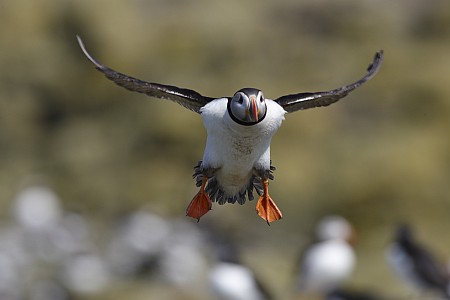 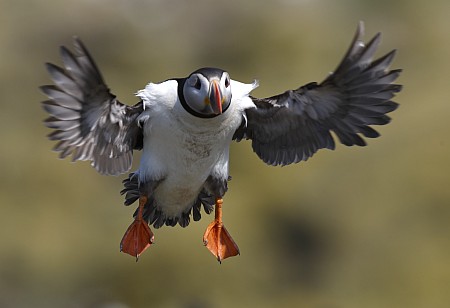 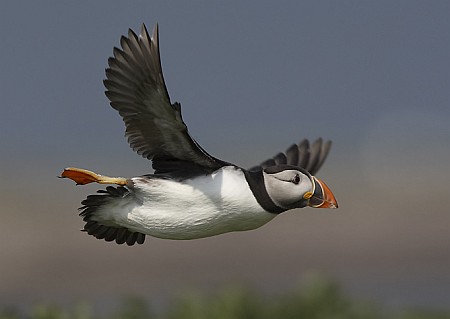 If you still crave more Puffin shots, check out my gallery here.

August will be along soon and the start of some serious migration, so here’s hoping for some rarities and some images to go with them.

See you in August.