May, the month of promise – passage migrants drifting through to their breeding grounds, returning visitors, who come to spend the summer with us and always, the chance of a surprise or two!

This female [denoted by the buff breast band] hopped along a fence to say hello briefly. 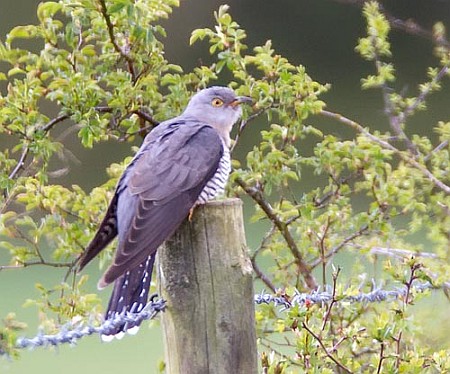 A difficult shot in the hot sunshine and haze, but shown here to demonstrate just how beautifully marked Cuckoo’s are. 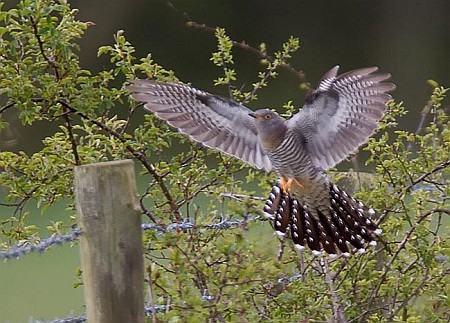 Swifts [Apus apus] really started to come through – they are always almost impossible to get a good clean shot of. 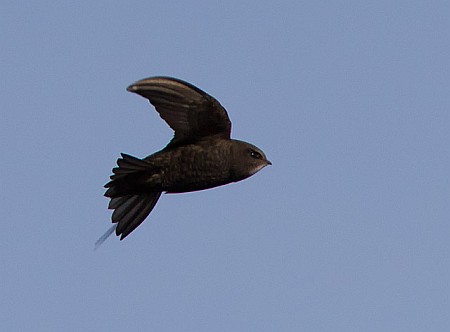 Long-tailed Tits are early nesters – this pair were busy feeding young on 7th May. 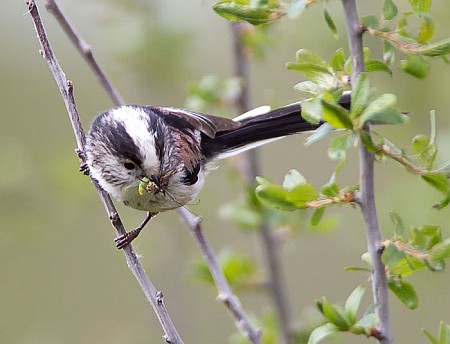 A lovely surprise one Sunday – a beautiful, pristine drake Garganey [Anas querquedula] – what a corker !

We get them usually once or twice a year, but rarely in full plumage and rarely so close. 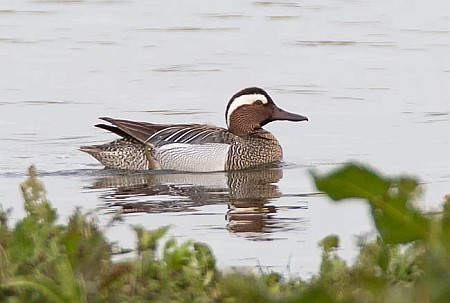 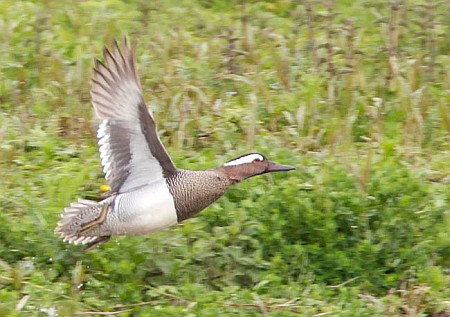 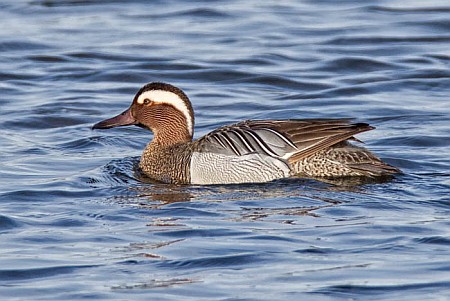 The Reed Warblers [Acrocephalus scirpaceus] were singing in the reed beds, although the Sedge Warblers were conspicuously quiet. 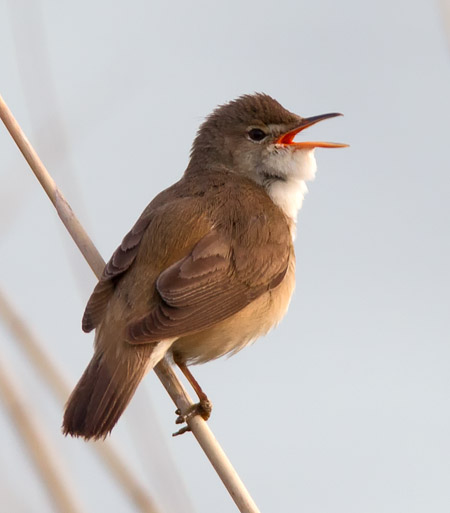 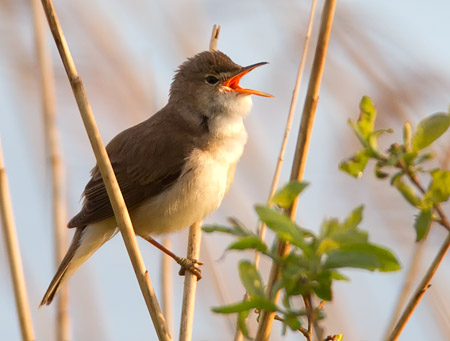 Common Terns [Sterna hirundo] were back.

Unusually, a pair of Ravens [Corvus corax] fly by – here’s one of them. 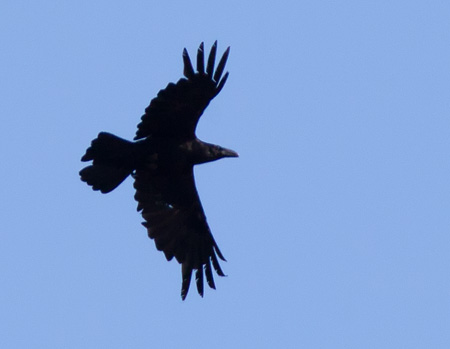 A brief glimpse of a pair of Mediterranean Gulls [Larus melanocephalus], as they fly by – poor shot, but a record. 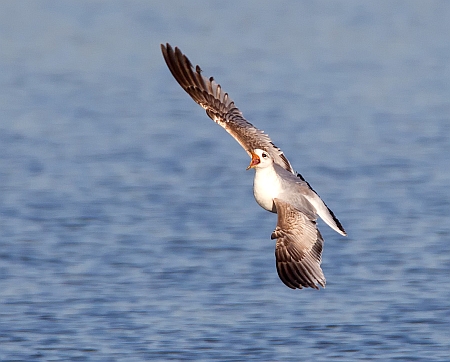 Some more surprise visitors – a Greenshank [Tringa nebularia] and a Wood Sandpiper [Tringa glareola] – look at the size difference. 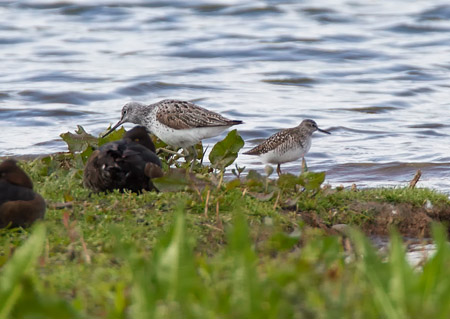 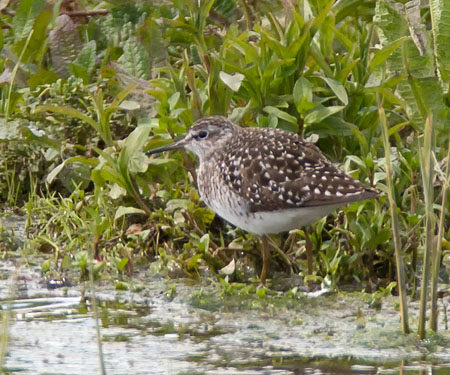 More bad weather and work commitments made for a quiet rest of May. 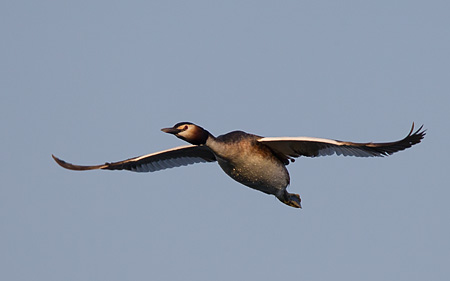 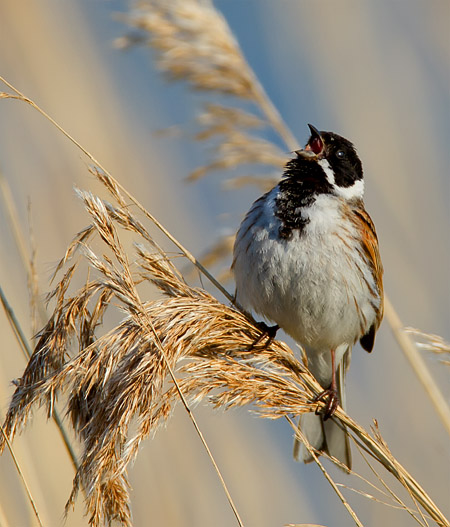 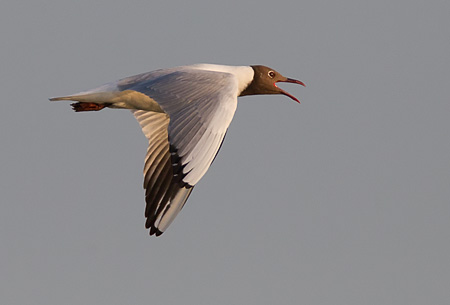 Everywhere local is flooded by the amount of rain we’ve had. There is more to come in June, as I understand.

There have been lots of failed nests and lots of weather casualties, hopefully a warmer June will allow some second chances.

I have to get out further afield next month, to find some more subjects and closer ones!