It’s a great place to visit, any time of the year.  That’s what the television adverts tell you, and they’re not wrong. From Monterey, northwards through San Francisco, across to the Sacramento valley, up through Shasta, across to the Klamath Basin, it has it all.  I have visited this area 3 or 4 times now, at different times of the year. There is always an abundance of  wildlife, but be careful in the hunting season (November – March), there can sometimes be very little to see and a lot of the refuges are closed to non-hunters.

Visit in April/May and you catch the breeding birds and the migrants; the Pacific Flyway has millions of birds travelling north from the southern US states, from Mexico, Central America, and from South America.  Visit in November onwards and you will see all the wintering ducks and geese and if you’re lucky a Bald Eagle.

This Cliff Swallow resting after its long trip north from Mexico. 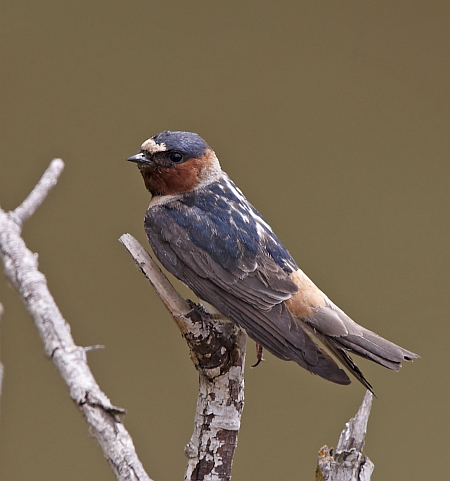 Snowy Egret’s are common and can be found most places. Here this one perches waiting for a chance to impress a potential mate. 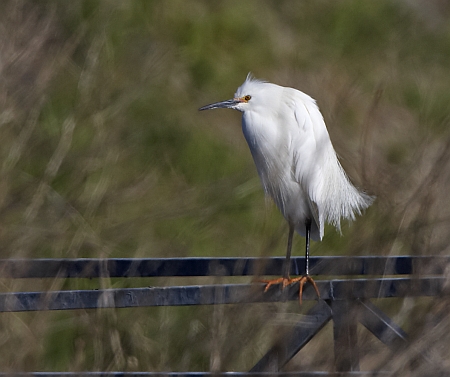 Bufflehead are more of a winter visitor, although they are present year-round in the very north at Klamath Basin. This male was quite showy at Lower Klamath, whereas the female was very flighty. 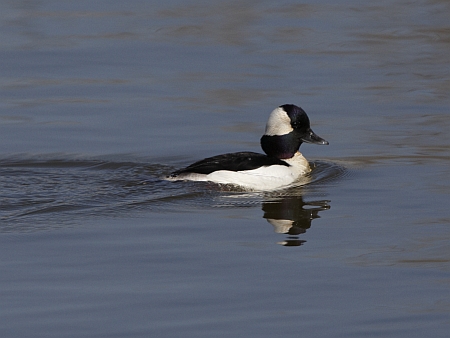 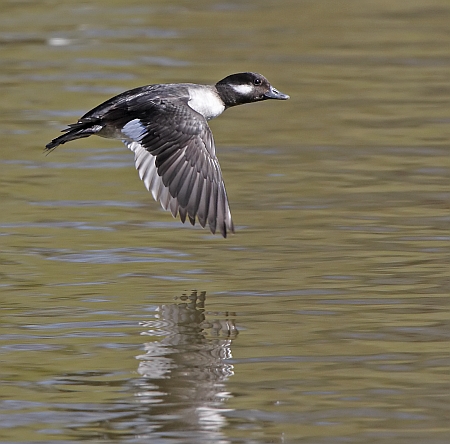 Western Grebes are present all year round, but their breeding displays are still worth waiting for. 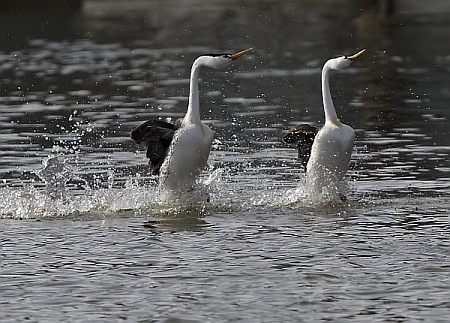 Wintering down in Mexico, the American Avocet has the typical recurved bill, just like our own in the UK, but their colours are very different. This one was feeding in a pool at Modoc NWR in May. This refuge is inland at altitude and the winter lingers late here.

Spring is the time when the Terns return from their wintering grounds. Caspian Terns winter in the southern US, West Indies and almost northern south America. This pair were courting on Spanish Bay, near Monterey. The male was bringing the female gifts of fish.

Having caught a nice fish, the male was just about to present it to the female, when a Western Gull stole it from under his nose – he was not pleased! 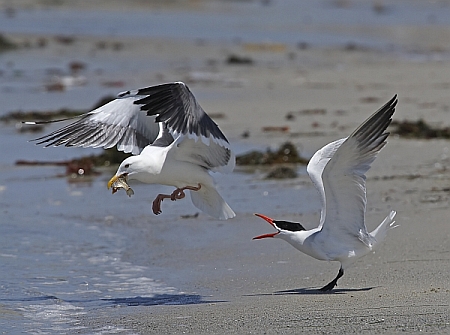 The terns were so angry, they chased the gull for about 3 minutes, until it dropped the fish and retreated. 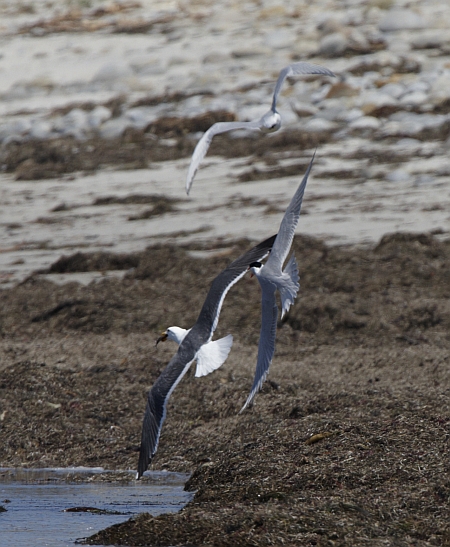 Modoc NWR is a good place to see Sandhill Cranes and these two were calling to each other in flight. 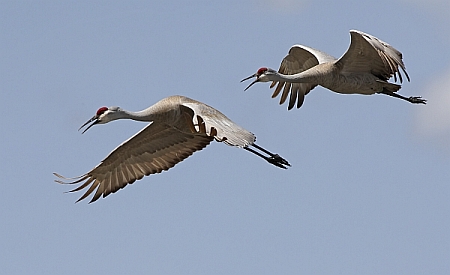 Wintering from Baja down to Mexico, Pelicans are a relatively common sight, but it’s only in spring that you see the American White Pelican in its finery, with the odd growth on their bill. 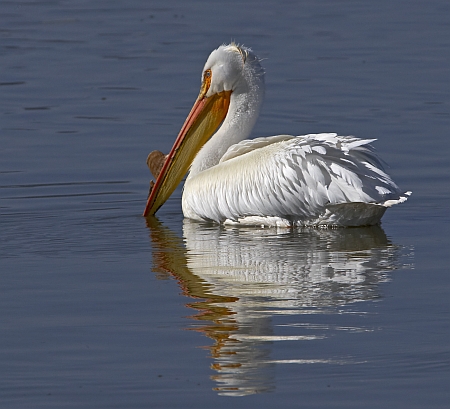 I hope this post gives you some idea of the extraordinary wildlife to be found in Northern California. I will post a couple more posts to show you more, at a later date. If you get chance to visit the many National Wildlife Refuges in the USA, they are well worth it. For more information visit the US Fish and Wildlife website. 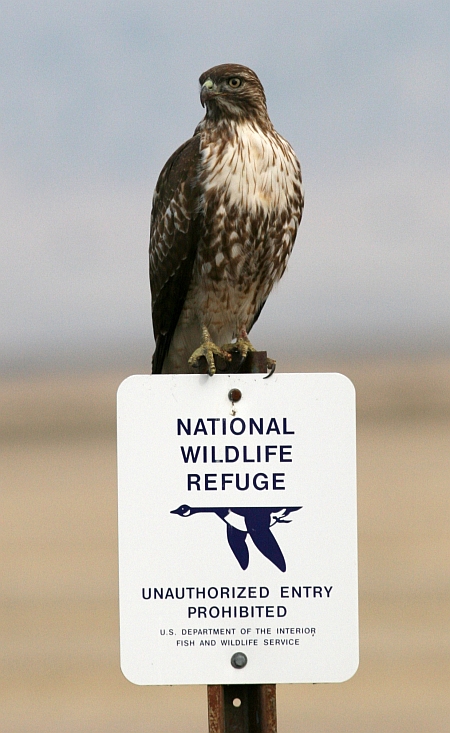